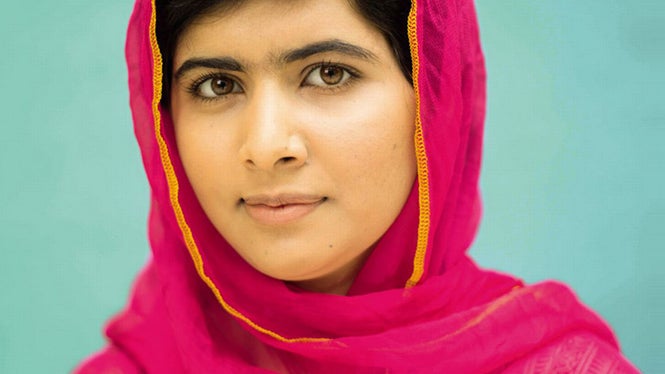 An Evening with Malala Yousafzai

Malala Yousafzai, youngest recipient of the Nobel Peace Prize and an advocate for education worldwide, will make a rare public appearance in Minneapolis this July.  Malala will speak on stage about her life and experiences and take part in a Q&A session with the audience.

In October 2012, the then 15-year-old Malala was shot by the Taliban while travelling home from school on the bus with her friends in her hometown of the Swat Valley in northern Pakistan.

Following the attack, Malala was flown to Birmingham to receive treatment at the specialist Queen Elizabeth hospital, and by March 2013 she had made a remarkable recovery and was well enough to return to school.

Now living in Birmingham, England with her family, Malala continues to campaign for the right of every child to go to school. Since the attack, she has become internationally known for her courage in refusing to be silenced and continuing her fight for the right of everyone to receive an education.

Malala’s bravery and unwavering dedication to her cause has seen her honored throughout the world, including one of the world’s highest honors: the Nobel Peace Prize. She became the youngest recipient of this award in 2014, alongside Indian child rights campaigner Kailash Satyarthi. Malala was also named one of ‘The 100 Most Influential People in the World’ in 2013 by Time magazine.

She is also the author of the international bestseller I am Malala, which has been published in over 27 countries. A documentary entitled He Named Me Malala by American filmmaker Davis Guggenheim was released on 2 October 2015.