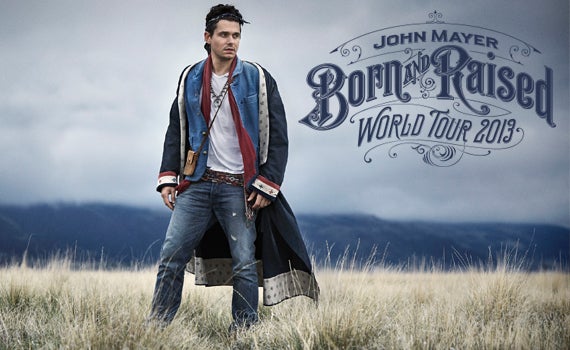 Grammy Award winner John Mayer will return to Target Center for the first time in a decade this November!

The consistency with which John Mayer combines word craft and melody has earned him rarefied status as a respected songwriter and musician. As one of few musicians to achieve both critical acclaim and popular appeal, the seven-time Grammy Award winner has earned accolades for each album release while selling in excess of 20 million albums worldwide.

Known as a musician who defies genre boundaries, Mayer is well known for collaborations with a range of artists. From rock to blues, hip-hop to jazz to country, Mayer has performed and/or recorded with Eric Clapton, B.B. King, Buddy Guy, T Bone Burnett, Herbie Hancock, The Rolling Stones, Dixie Chicks, Jay Z and Alicia Keys.

Mayer was honored by the Recording Academy in 2012 for his work on behalf of U.S. military veterans. His longtime commitment to veterans includes a partnership with the Northern California Institute for Research and Education on programs designed to combat the effects of post traumatic stress.