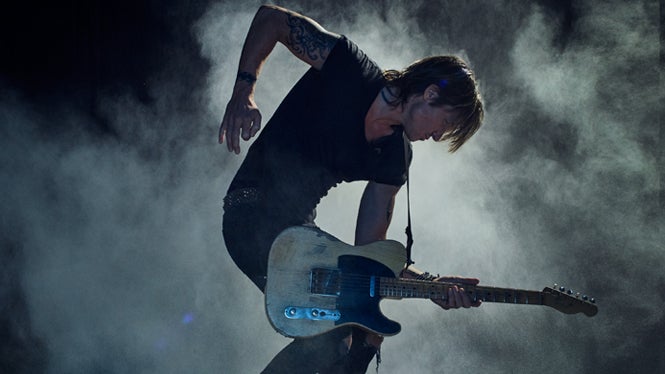 At a surprise pop-up show last night in Nashville, Grammy Award winner Keith Urban announced his “GRAFFITI U WORLD TOUR 2018” with special guest Kelsea Ballerini. He also took the opportunity to announce that his forthcoming album will be called GRAFFITI U.

The tour will kick off in June and will run through November, making stops in 58 cities, including Minneapolis for Target Center's 28th Birthday on Saturday, October 13. Tickets  on sale now at TargetCenter.com, the Target Center box office, or by calling 888-9-AXS-TIX.

“I’ve been full-on writing, recording, collaborating and creating with some incredibly talented people for GRAFFITI U, a lot of whom I’ve never worked with before,” said Urban.  “I can hear how some of the songs will translate live already, which really makes putting on a new show so exhilarating and I loved having our fans included in the announcement of the tour because it’s their tour too.”

“I remember hearing Keith Urban songs that stopped me in my tracks and made me want to drop everything and chase that kind of lyric and heart-filled artistry,” says Ballerini. “He’s the best in the business and I can’t wait to fangirl and learn from him this year. Truly an honor to tour with him.”

For all official Keith Urban tour news including show dates and where to purchase tickets, go to www.keithurban.net.