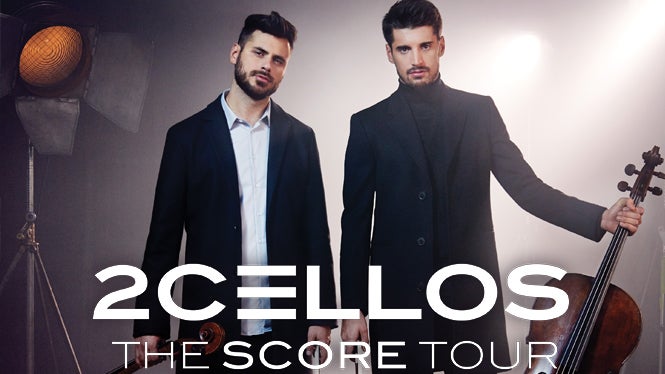 Due to an unavoidable scheduling conflict, 2CELLOS must move their show originally scheduled for October 25, 2017 to January 25, 2018.  All previously purchased tickets will be honored for this new date.

2CELLOS, music’s most electric and dynamic instrumental duo, go to the movies for their new Portrait/Sony Music Masterworks album Score, available March 17, 2017. Bringing 2CELLOS’ game-changing sound and style to the most popular melodies ever written for classic and contemporary movies and television, Score will be supported by a world tour, kicking off with its U.S. leg this summer.