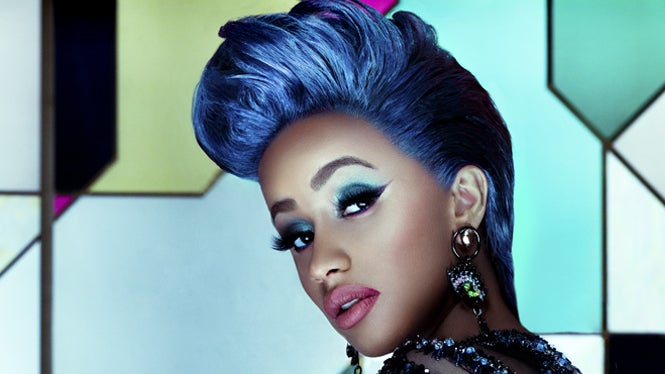 It has been a historical year for Cardi B. In April 2018, Cardi's debut album Invasion of Privacy debuted at No. 1 on the Billboard 200 chart and landed at No. 6 on the year-end Billboard albums chart. The album topped year-end lists from Rolling Stone, Time and The Ringer. Back in July, she became the first solo female rapper to see two songs hit No. 1 on the Billboard Hot 100. "I Like It" hit the top spot after "Bodak Yellow" previously achieved the mark. She has since returned to No. 1 with 2018 summer smash "I Like It" and Maroon 5 collaboration "Girls Like You."

Invasion of Privacy scored Cardi B five nominations at the 2019 GRAMMY Awards, where she took home the GRAMMY for Best Rap Album.

Cardi B has collaborated with Bruno Mars, Chance the Rapper, Migos and more.