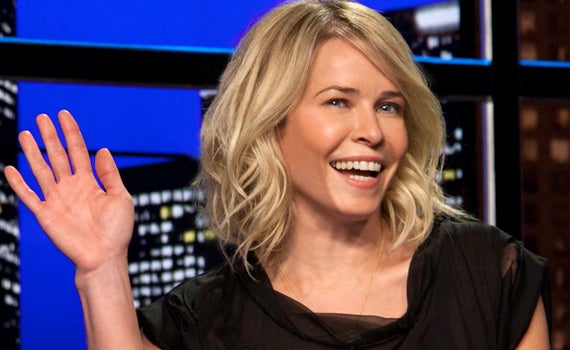 Superstar comedian, author and talk show host, Chelsea Handler, is set to embark on a national stand-up comedy tour in support of the release of her fifth book, Uganda Be Kidding Me, and will stop at Target Center April 13th!

Tickets for the Live Nation-produced “Uganda Be Kidding Me Live” tour go on sale beginning on January 17, 2014.  American Express® Card Members can purchase tickets before the general public beginning Thursday, January 9 at 10am through Monday, January 13 at 10pm. More information and tickets are available at www.chelseahandler.com.

Perhaps best known as the outspoken host of E!’s late night talk show, “Chelsea Lately,” Handler continues to offer international audiences her fearless honesty and tongue-in-cheek commentary every weeknight. “I've decided to go on tour and support my new book, Uganda Be Kidding Me. I think we all know how much I love the sound of my own voice” said Handler.

Handler’s latest book Uganda Be Kidding Me will release on March 4th. In this hilarious and absurd collection of travel essays Chelsea delivers some of her favorite stories while also giving travelers her (not to be believed) guide to etiquette, hot spots, and answers to some of the most asked travel questions.

A leading nonfiction author, Handler had three books ranked at #1, #2, and #3 on the Bestseller Lists simultaneously on March 28th, 2010 and currently has four bestselling books in print – a remarkable feat for any author. Her upcoming Uganda Be Kidding Me, will be the third book published by her Grand Central imprint “Borderline Amazing/A Chelsea Handler Book,” the first Was Lies That Chelsea Handler Told Me, and the second was Ross Mathew's Man Up: Tales Of My Delusional Self-Confidence which released in May 2013. Her first book, My Horizontal Life: A Collection Of One Night Stands (Bloomsbury Publishing), sold over a million copies in more than 20 countries.  Are You There, Vodka?  It’s Me, Chelsea (Simon Spotlight), Chelsea Chelsea Bang Bang (Grand Central Publishing), and her most recent Lies That Chelsea Handler Told Me (Borderline Amazing/A Chelsea Handler Book) all debuted at #1 on the New York Times Bestseller List.

In 2010, Chelsea partnered with Live Nation and Belvedere Vodka for the “Chelsea Chelsea Bang Bang” comedy tour, which was extended three times, drawing more than 250,000 fans in 44 markets and grossing more than $16 million. In 2011, she brought along her friends and regulars from “Chelsea Lately” on her “Lies That Chelsea Handler Told Me” comedy tour, which sold out in the top 20 US markets.