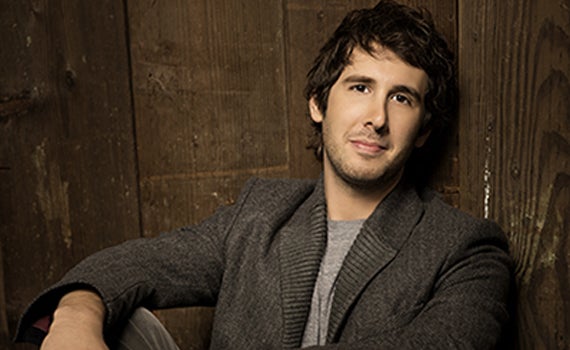 Possessing one of the most outstanding and instantly recognizable voices in music, singer, songwriter, and actor Josh Groban has entertained fans across the globe with his multi-platinum albums and DVDs (25 million sold worldwide), electrifying live performances, and comedic film and television appearances.

Josh Groban announced the next stage in his live career with his “In the Round Tour,” coming to Target Center October 19!

Josh Groban has announced that Judith Hill will join him as support on his upcoming “In The Round” tour of North America.  Hill, praised by Rolling Stone for her "stellar powerhouse vocals," and featured in the film 20 Feet From Stardom and on the accompanying soundtrack. A finalist on the most recent season of NBC’s hit show The Voice, she is also known for her duet with Michael Jackson on “I Just Can’t Stop Loving You” — a highlight of the late singer’s posthumously released 2009 film, This Is It.

Groban’s “In The Round” tour will give fans a one-of-a-kind, 360-degree concert experience. By performing on a stage placed in the middle of the floor, Groban will interact with fans from all sides of the venue as he sings classic songs that span his illustrious 12-year-career. The “In the Round” tour builds on the concept of Groban’s 2011 “Straight To You” world tour, bringing the intimate feel of a theater experience to an arena setting.

Groban recently wrapped up three sold-out nights at The Hollywood Bowl, playing to more than 50,000 people during the July 4th holiday and a special show with the Colorado Symphony at Red rocks. Upcoming August sold out symphony shows include appearances at Ravinia, Wolftrap. and Fraze Pavilion amongst others.
Beginning the week of August 3rd PBS will re-broadcast Groban’s special, Josh Groban: All That Echoes, in a host of local markets during its summer pledge drive. Josh Groban: All That Echoes, which first aired on PBS stations on April 12th, 2013, is a special Live From Lincoln Center concert that was taped at The Allen Room at Lincoln Center in February 2013. It features Groban performing songs from his Billboard #1 album All That Echoes, as well as other popular favorites

The Los Angeles native, who has made a series of comedic film and television appearances over the past several years (Crazy Stupid Love and The Office), is currently featured in the College Humor feature film Coffee Town, alongside Glenn Howerton, Ben Schwartz, and Steve Little.
For more, please visit www.joshgroban.com