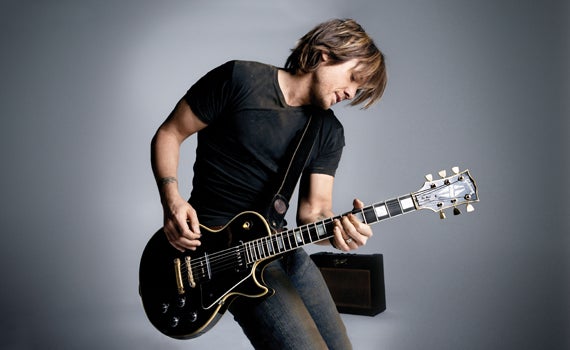 One of the industry’s most electrifying live performers, four-time Grammy Award winner and American Idol judge Keith Urban, has added a third and final leg to his already critically hailed “Light The Fuse Tour 2013”. “Light The Fuse Tour 2014” with Little Big Town and special guest Dustin Lynch will stop at Target Center on January 11th!

The “Light The Fuse Tour 2013” first leg kicked off on July 18th in Cincinnati. After twenty-eight outdoor shows, which will include Urban’s first performances at the famed Hollywood Bowl and Red Rocks Amphitheatre, the second leg, performing in arenas, will get underway in Omaha, Nebraska on October 18th.
The concerts will feature new music, including his latest Top 5 hit “Little Bit Of Everything”, from his forthcoming September 10th album release FUSE as well as new songs, some of which Urban has never performed while on tour. The all-new production boasts a size and scope, which has become synonymous with Urban’s electrifying concert experiences.

LITTLE BIG TOWN: Grammy-winning country group, Little Big Town-consisting of members Karen Fairchild, Phillip Sweet, Kimberly Schlapman and Jimi Westbrook-entered the music scene over 13 years ago with hits such as “Boondocks,” “Bring It On Home” and “Little White Church.” The group’s fifth studio album Tornado was released in the fall of 2012 and includes 2x platinum-selling #1 hit “Pontoon” and album title-track “Tornado” which also peaked in the #1 spot. Collectively, the group has earned over 25 award show nominations and has taken home the award for ACM Top New Vocal Group, CMA Single of the Year (“Pontoon”), CMA Vocal Group of the Year and a Grammy Award for Best Country Group/Duo Performance (“Pontoon”).

DUSTIN LYNCH: Since the release of his debut single, “Cowboys and Angels,” Broken Bow Records’ Dustin Lynch has earned a #1 album, over a million single sales and has surpassed 7 million views on YouTube/ VEVO. He’s soared to #1 on the MTV Music Meter, earned a #1 ringtone on CMT, a Top 5 on the Billboard Heatseekers Songs Chart, a Top 3 Country radio single and was lauded by People magazine as “one of the best debuts of 2012.” Dustin’s current single, “Wild In Your Smile,” is currently climbing up the Country Radio charts.