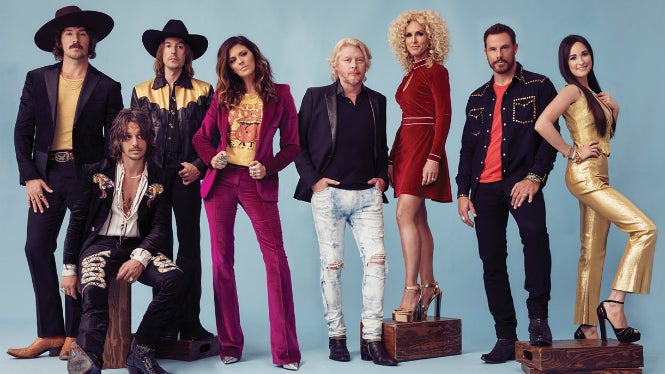 Tickets for The Breakers Tour go on-sale everywhere Friday, September 22nd at 10am local time.  Two enhanced ticket experiences, the ‘Happy People’ and ‘The Breaker’ experiences, will be offered throughout the tour. Additional experiences include a meet & greet with Little Big Town, a Q&A session, exclusive merchandise, and more. To purchase tickets and for more information on all ticket experiences,  visit www.LittleBigTown.com.

Little Big Town’s landmark year to date includes the release of their chart-topping album The Breaker (2/24)- which debuted #1 on the Billboard Country Albums Chart and Top 5 on the Billboard 200 All Genre chart-as well as the group’s fifth ACM Award win as Vocal Group of the Year. Additionally, the Multi-Platinum selling Country group was recently inducted into the Music City Walk of Fame and earned their 26th career CMA Award nomination, including nominations for Single Of The Year, Album Of The Year, Vocal Group Of The Year and Music Video Of The Year categories.

One of the most well-respected and beloved entertainers in music today, the genre-defying group has “expanded their audience beyond Tennessee" (USA Today) as well as “the definition of country music from the inside” (Newsday) since first entering the music scene more than 18 years ago. Their critically acclaimed album, The Breaker, as well as their recent headlining Ryman Residency, “Little Big Town at the Mother Church,” have garnered the reigning CMA and ACM Vocal Group of the Year praise for their four-part harmonies and progressive sound that “seems to get even better with time" (Forbes). Hailed as a “21st century revival of Fleetwood Mac” (Goldderby) the group has produced hits such as "Boondocks," "Bring It On Home," "Good As Gone," and "Little White Church," as well as their #1 singles "Pontoon," "Tornado," "Day Drinking," and most recently, the history-making best-selling country single of 2015, "Girl Crush,” and this year’s multi-week #1 single, "Better Man."