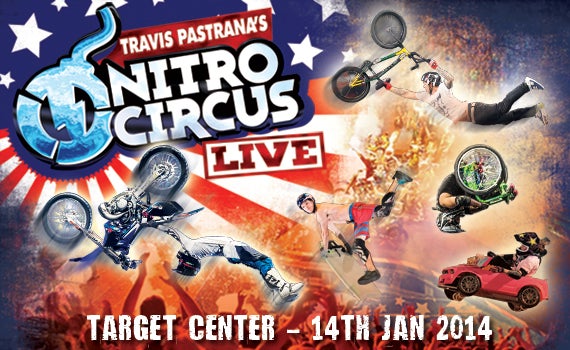 After selling out shows across the globe in the past 3 years, Nitro Circus Live is finally coming home for its first ever North American tour!

Featuring the stars of the original MTV series, plus 40 of the world’s greatest action sports stars in freestyle motocross, BMX & skate, plus outrageous stunts off the fifty foot high Nitro Gigant-A-Ramp, including snow skis, kids tricycles, drinks coolers, boogie boards, and even a barbie car!

Expect the best stunts and tricks ever to be performed in North America, plus super slick, choreographed riding, and a whole bunch of jaw-dropping, mind-blowing tricks that have literally never been seen on American soil.

No video cameras or recording equipment is allowed into the venue. Strobe lighting is used during the show.

Riders and performers subject to change.