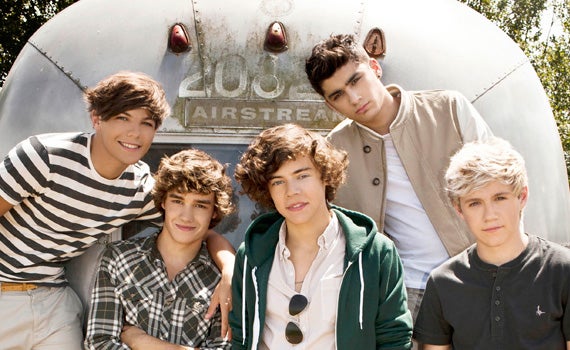 With their entire May/June 2012 tour selling out in minutes, One Direction are giving their fans a chance to see the group live once again in the summer of 2013 on July 18th at Target Center as part of their World Tour!

One Direction are 5 young lads from the United Kingdom, comprising of Harry Styles, Liam Payne, Zayn Malik, Niall Horan and Louis Tomlinson. They were discovered on the 2010 series of The X Factor (UK), and formed a group through the advice of Simon Cowell, Louis Walsh and Nicole Scherzinger.

“Our fans are simply the best in the world. The support they have shown us has been incredible and we’re all so grateful to each and every one of them.  We can’t wait to see everyone this summer, at Madison Square Garden and of course when we play our world tour in 2013”. Niall Horan.

Their debut single “What Makes You Beautiful” has recently been certified platinum in the US for sales in excess of 1,000,000 units.

The Up All Night: The Live Tour DVD will be available on May 29, 2012. The live DVD features a 73 minute concert of their hit songs, plus never before seen, behind the scenes footage and three music videos (“What Makes You Beautiful,” “Gotta Be You” and “One Thing.” Pre-order is available here: http://www.myplaydirect.com/one-direction.