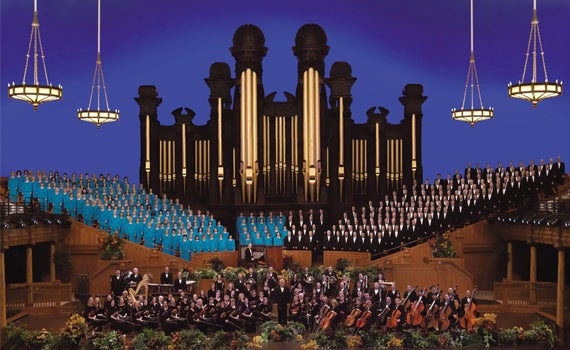 Classical Minnesota Public Radio presents The Mormon Tabernacle Choir in their first concert in Minneapolis in over 20 years!  This will be the final stop on their 2013 Tour of the Midwest. The choir will be bringing it’s 300 plus members and over 30 piece orchestra back to Target Center, the site of their last stop here in the early 1990's.

The Mormon Tabernacle Choir will perform a broad range of music and selections will be drawn from the Choir's vast repertoire which ranges from Bach to Broadway. The concert will feature choral masterworks, American folk music, hymns, music from around the world and patriotic music. Several of the Choir’s signature pieces, including “Battle Hymn of the Republic”, for which it won a Grammy Award, will be included on the program. Sixty-five members of the Orchestra at Temple Square will also accompany the Choir on tour for a wonderful musical performance.