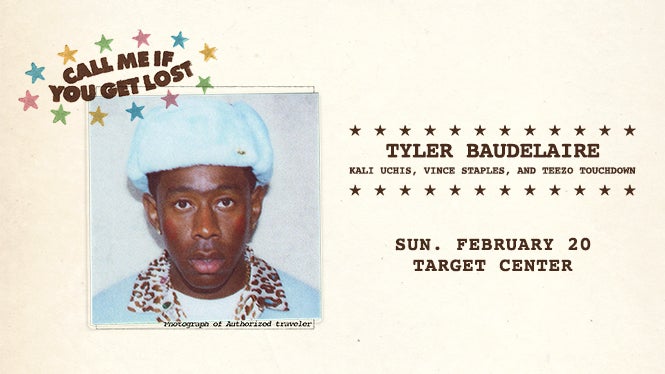 Tyler, The Creator announces his Spring 2022 North American tour with Kali Uchis, Vince Staples and Teezo Touchdown. The announcement arrives on the heels of his critically-acclaimed album CALL ME IF YOU GET LOST, which debuted at #1 on the Billboard 200 charts upon its release, as well as a trio of sold-out, underplay shows in Los Angeles, Dallas and New York City the week following the album's release, a show-stopping performance at this year's BET awards, and a headlining set at Lollapalooza 2021. Kicking off February 10th, 2022, the tour will see Tyler play thirty-four arena shows before concluding the run on April 8th. Tickets on sale now via callmeifyougetlost.com.