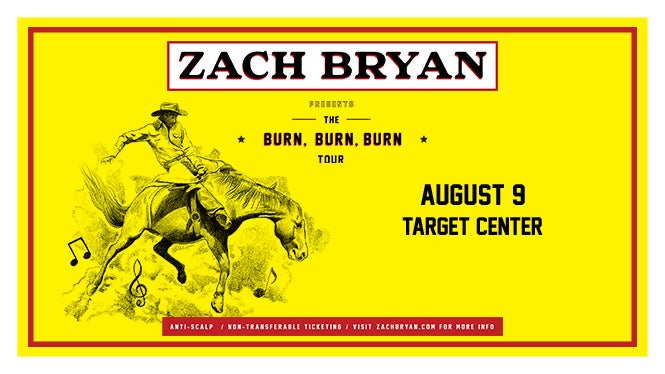 Register for the chance to purchase Zach Bryan tickets via Fair AXS at www.axs.com/zachbryan.

After the Fair AXS registration period concludes on January 29 at 10pm ET, the AXS team will work to ensure any suspicious, fraudulent, duplicated registrations are removed. Fans that registered will then be randomly selected for the chance to purchase tickets in batches starting Feb. 13, subject to availability by market.

If a fan has been selected to purchase tickets, they will be notified via email with all pertinent information for them to complete their purchase.

The transfer of tickets to these shows will not be possible unless required by law. If a fan can no longer attend a show, tickets can be resold on the Zach Bryan AXS Marketplace for face value to another fan.

Bryan’s chart-topping 2022 triple album, AMERICAN HEARTBREAK, has become a critical sensation that continues to garner global accolades and unstoppable momentum, appearing on numerous Year-End Best Of 2022 lists, and emerged as the “#1 Country Album on Spotify" for 2022 and has spent the past 104 consecutive days on Spotify’s Today’s Top Hits chart.

This past December 18, Bryan and his band appeared on the smash television series Yellowstone (Season 5 Episode 7), performing “Motorcycle Drive-By” and “Summertime Blues,” from his SUMMERTIME BLUES EP, while “Quittin Time” also graced the soundtrack. “The Good I’ll Do” and “Tishomingo,” have been heard in previous episodes and immediately ascended to the top of the Shazam chart in various locations around the world.