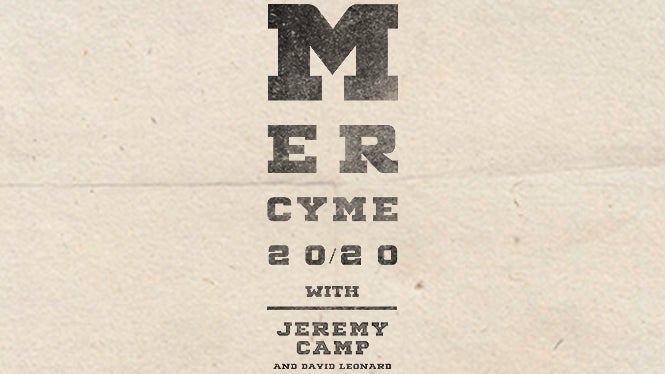 MINNEAPOLIS, MN (December 11, 2019) - After landing a major crossover hit with 2001's platinum-selling "I Can Only Imagine," MercyMe became a perennial staple of both the pop and Christian charts. The group, which formed in Edmond, Oklahoma, in 1994, were named Billboard’s Top Christian Artist of 2018, and have received six GRAMMY® nominations and most recently, an Artist of the Year nomination at the 50th annual GMA Dove Awards.

MercyMe 2020 Tour will support the band's upcoming 2020 studio project and brand new single, "Almost Home," which released this past October. "'Almost Home' is a rallying cry to remind us to keep running the race… to keep going, heaven is just around the bend," says MercyMe's Bart Millard. "We’re almost home and now is not the time to give up or tap out. Whether you’re in ministry or not – parents, moms, dads, whatever – if you just feel like you don’t know if you can go any further, hopefully this song will bring you comfort and help you realize that you’re not alone and that the race is worth running.”

Grammy-nominated singer/songwriter Jeremy Camp and Arkansas native, David Leonard will join MercyMe as special guests this April at Target Center. Tickets go on sale this Friday, December 13 at 10am.